The beauty found in “The Fishermen” is the complexity of its simplicity. At first glance the scene of two mariners standing seaside dress in the robes of their professions feels like a million other pieces of decor found in wharf gift shops and causal-dining seafood restaurants located in every anywhere U.S.A town that one can recall from any childhood journey that started out with parents looking to have big fun without big spending. But what of their catch; the lady in between them behind the net? Dividing a seemingly connected sequence in two resides a character both in place and out of place . Splitting this bright scene is a figure devoid of the charm on either side, giving the entire showing an ominous feel. Is this the story of two men fighting for the affection of one woman? Is it a reflection of past, present and future? Does the net intertwine them, or is it all coincidental? Is the net what seems to make two or three separate scenes join into one, capturing the character as it captures the viewer? Though stark in contrast, the out of place portion of the picture may be the central focus holding it together, with the two main focuses simply becoming bookends to the art; two separate men tied by fate to the same webbed rope. 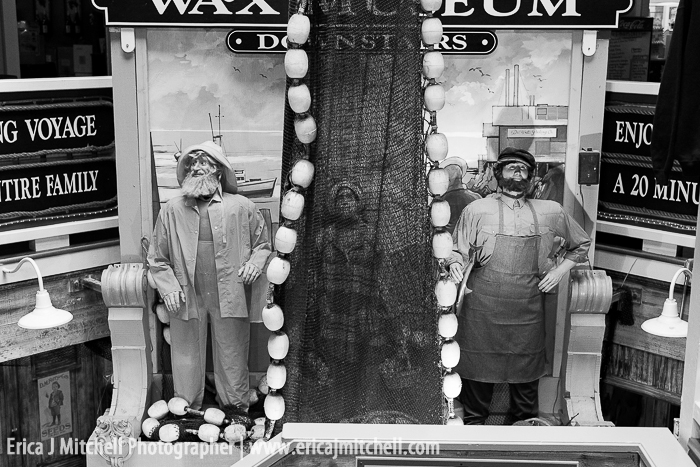